Star Citizen and Rocksmith 2014 make appearances again here but there are several fresh faces as well as some music vids I recorded at an awesome Aussie Floyd gig.

Bloodborne, Ori and the Blind Forest & Cities: Skylines are 3 of the best games I've played so far this year and absolutely brilliant. Bloodborne being my current GOTY runner. - Be sure to give them a look if you haven't already!

Anyhow, here's a rundown of our YouTube uploads covering March:

For something a bit different (who said we were just restricted to games chat?!), I saw these guys on Friday night:

The band are noted for replicating the nuances of Pink Floyd's work. The guitar rig of Steve Mac closely resembles David Gilmour's set-up, and includes elements custom-produced by Pete Cornish, who has worked extensively with Gilmour. The band associates itself with individuals who have worked with Pink Floyd over the years, including Colin Norfield (who has worked as a sound engineer for David Gilmour in his solo career and for Pink Floyd during their 1994 Division Bell Tour and Clive Brooks - Nick Mason's long-time drum technician.

The show includes a round screen with intelligent lights arranged around its perimeter. During a concert, movies and animations are displayed on-screen, complementing the band's light show. Inflatables (such as the pig used by Pink Floyd during the Division Bell Tour, and Skippy - the band's own giant pink kangaroo and named after the Australian TV series Skippy The Bush Kangaroo) are frequently employed in the band's shows."

All vids recorded by myself. Enjoy! :)

I am happy to report that the Shattered Star organization in Star Citizen is now up and running!

Some of our members are already in the organization with invites going out to everyone else we know to have backed the game (assuming we know your SC handle of course!). If you're missing an invite just give us a shout or hit the "Join Us Now" button on the org page and we'll get you in asap!

To everyone else - Has it been a while since you played something with the community here?. Looking for something new and exciting to play? Perhaps you'd just like to help build and establish our next group? Or maybe you're a visitor and like the sound of this place? (have a read of our charter). -> Come join us!. We'd love to have you along for the ride ;)

The Shattered Star Community org can be found here, with our membership roster over here. We look forward to seeing you ingame!

I didn't really want to be the one to bring this subject up again but since we always said we'd revisit it given the previous split vote, now is as good a time as any I think. It has been well over 2 years since we last had this discussion, believe it or not.

Star Citizen may not be 100% complete and out the door as a finished project yet but it is already becoming a thing for us and looks certain to be the home of our next group if all goes to plan. A few of us have already been playing Arena Commander together in there on a regular basis (more are welcome to come join!), we've been sharing stuff over on our YouTube page along with social media and yesterday we opened up our Star Citizen organization. We're going to be known as the Shattered Star Community in there, SSC as short.

When we were planning to go by the name "Burning Stars" and I was uploading videos to YouTube to that affect, I made a separate version of our YouTube intro with a little note to say that the Burning Stars were "A Squadron of the Shattered Star Exiles". So as to not confuse people seeing the Exiles name elsewhere. Going back to do the same for the Shattered Star Community is going to sound a little weird I think.

If it were written the other way around it would look and sound fine though:

But having Community be a group/division/squad of the Exiles sounds really weird and confusing to me.

We have the "Shattered Star Community" above the door here and re-claim our =SSC= tag along with it. The group as a whole would be identified as the community it is rather than having the Exiles up there which we can all agree from previous discussions has very split meaning and importance among us all. Exiles means more to some than others, in some cases has a different meaning or intention attached to it entirely and some of us don't care for the name at all or identifying ourselves with it. I think we're always going to be split on the Exiles name and our previous talks have pretty much proved that. As such I want to try and stay clear from us focusing on that too much as it's something we'll never agree on. Whatever the case, in the 11 1/2 years I have been part of the the Shattered Star we have always referred to our home and our group as a whole as the "community". It's what we are and always have been.

Please take the time to vote over in the thread itself. Thanks for reading!

Here are the links for your convenience:

We enter the first day of March tomorrow with a great looking lineup of games to get excited over. Which are you looking forward to yourself?. Drop by the forums and let us know!

As we enter the last week of February here we take a look at March and what gaming releases it has to offer.

We're not that far into the year yet but March looks to be extremely promising with lots of new releases to look forward, all different platforms and a little something for everybody really. With titles such as Grand Theft Auto V finally making their way to PC, Cities: Skylines which looks like it really could be the true successor to SimCity, the hotly anticipated PS4 exclusive - Bloodborne, Pillars of Eternity from the guys at Obsidian and many, many more.

Take a look at what the line up for next month looks like:

An exciting time to be a gamer!

Which games do you have your eye on?. What will be a day one buy for you?. Join us over on the forums (where you'll also find the releases dates) and let us know!

Our YouTube channel went a little quiet over the Christmas and New Year breaks just gone but we're back and kicking things up a notch this week with 10 new uploads.

Our recent additions cover some of our newly started co-op games in Star Citizen's Arena Commander, a multiplayer video of Star Citizen's "Devs vs Community" play test (before the servers went down!) along with a few other videos from Ubisoft's Rocksmith 2014.

Here are some direct links to them:

Decoupling with the Burning Stars

Are you struggling getting to grips with the decoupled mode in Star Citizen?. Perhaps not using it as often as you probably should?. Maybe not even sure what the hell it is and what it can be used for?. You're in the right place.

Yesterday, BlackDove and I spent one of our (now many) sessions in Arena Commander focusing on just this. Decoupling. It is something I've been trying to use since I started playing the game but never quite understand how and when to use it to my advantage. Until now. The last wave of Vanduul Swarm (which usually ripped me to shreds even when BD was actively playing with me) suddenly felt all the more easier when making use of it. Decoupled mode is a must, pretty much. 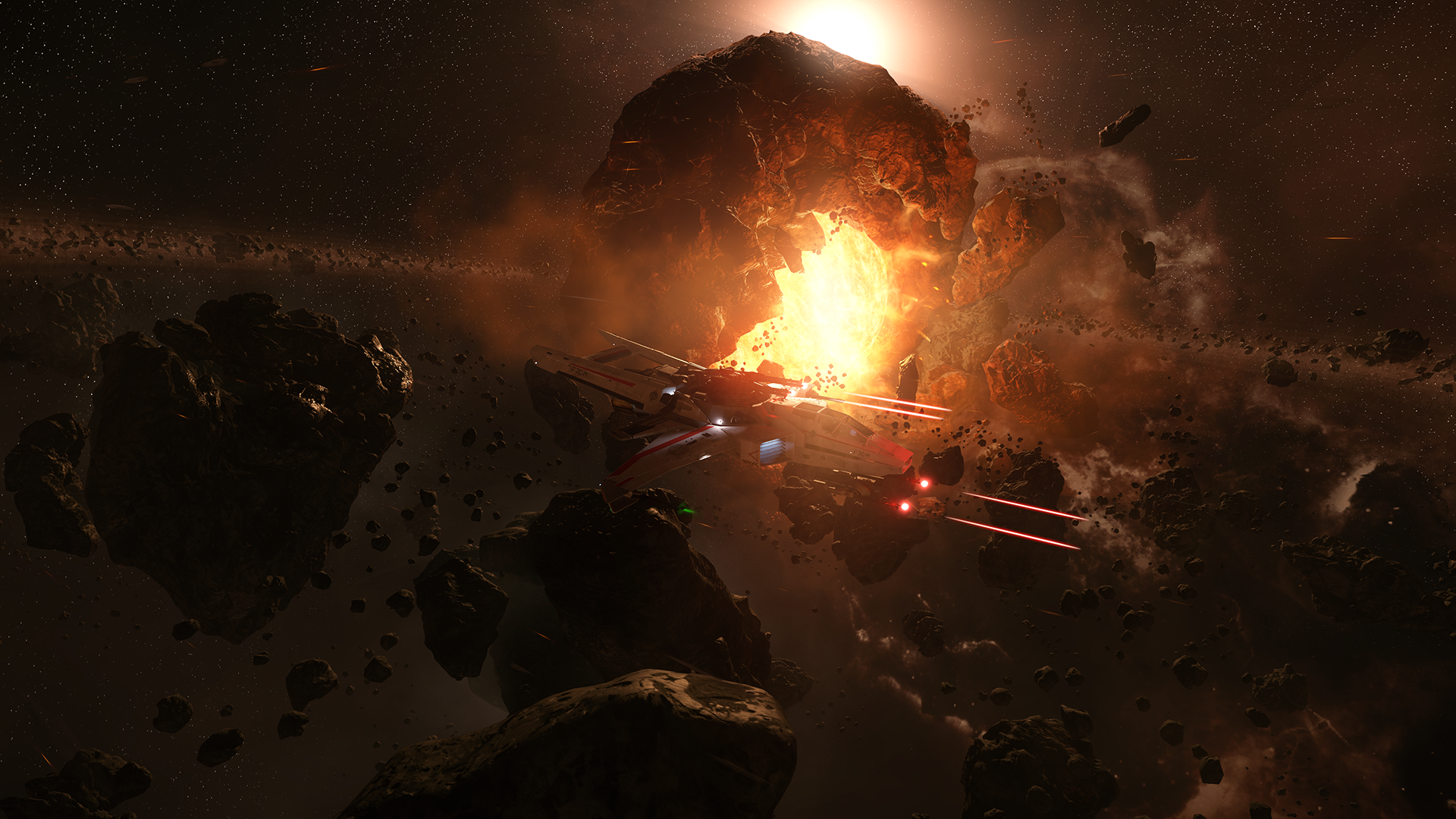 Head on over to our forum thread for the video of our game and find out more. Hopefully it will be as much use to you guys as it was for me playing it.

Still not quite mastered it? let us know in the thread.

Last but not least - Our last weekend of Star Citizen co-op has now become a regular thing for us with multiple games being run on and off throughout the week as well. If you've backed the game and have a ship to fly feel free to drop us a line and come join us ingame. The more the merrier!

Hopefully the first of many for the group - BlackDove & myself jumped into Star Citizen this weekend to try out some co-op Vanduul Swarm on Dying Star.

A few screenshots have been added to the gallery, along with lots of webm's over in our SC forum here.

Much fun was had! - We'll be playing some more at some point in the near future so stay tuned for more. Quite a few of us here have backed the game now and have ships so it would be great to get some regular group games going. Vanduul Swarm co-op is 4 players max but there's no reason why we couldn't have multiple games on the go if there's a big turnout. Good practice for us all too.

We look forward to playing more!

Posted by Anubis on Saturday, January 3 2015

So, as I guess all of you can see by now, we've just launched our brand spanking new SSX website today - encompassing both the main site and the forums.

For the last couple of months MS and I have been beavering away on this update, and whilst it's taken a little longer than I might have liked I hope you'll all agree it's been worth the wait. Huge, huge thanks to MS for coming up with the design for us - without his creative eye, none of this would be possible!

Above and beyond the reskin that you see, though, there's an awful lot more changes that have been implemented today:

Obviously though, particularly since this is our first reskin since 2008, there's the possibility that people may come across issues that we've missed during testing, or suggestions on how to improve things. If so, please post them here and we'll add them to the list to be looked at over the coming weeks - which can be found on our forums. 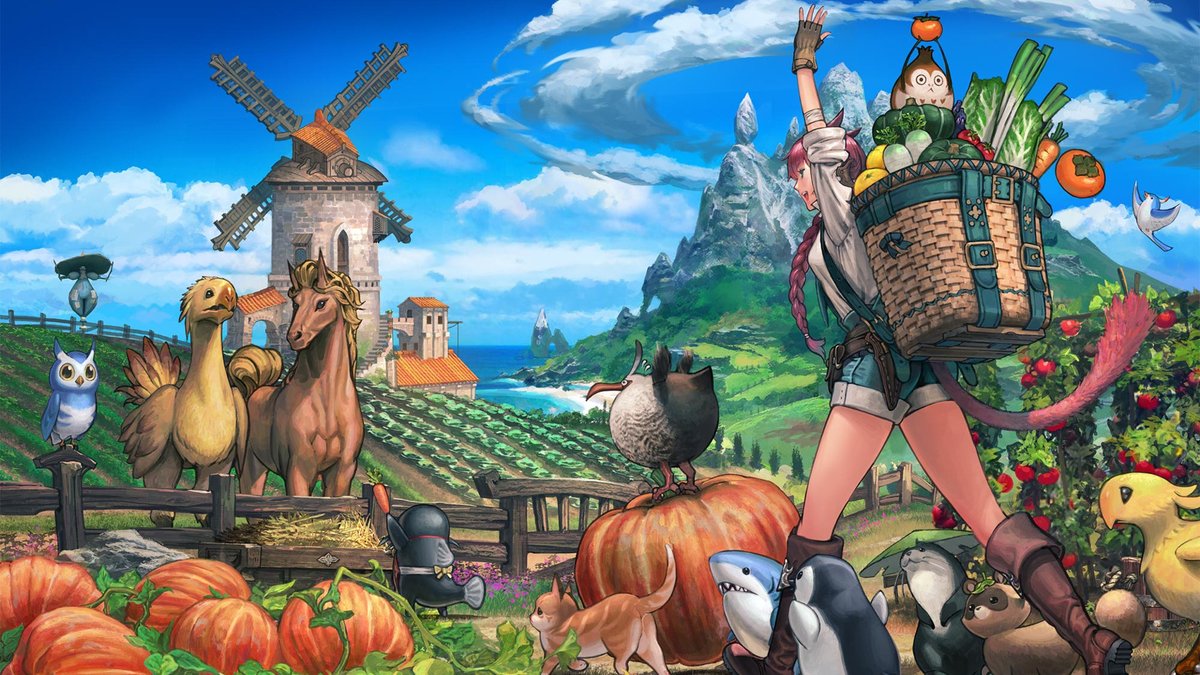 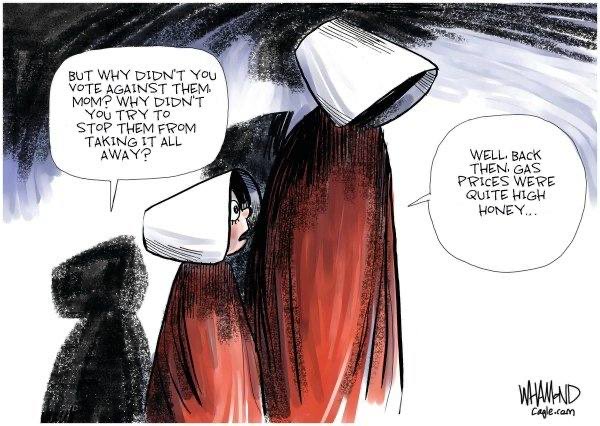 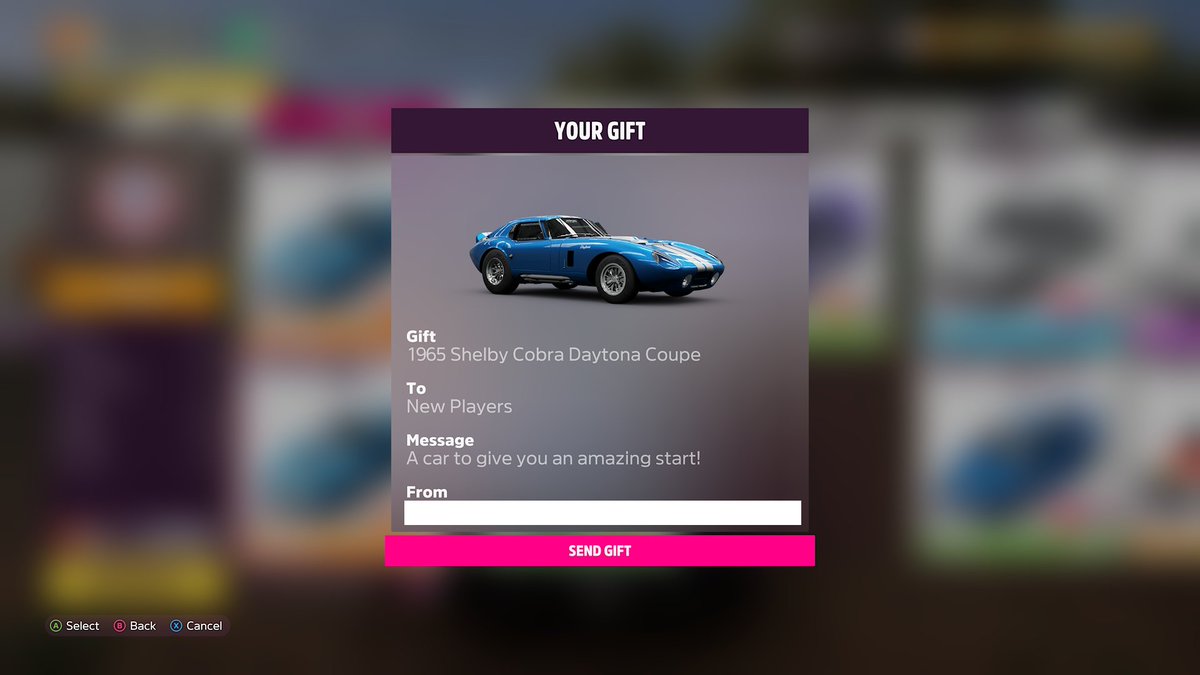 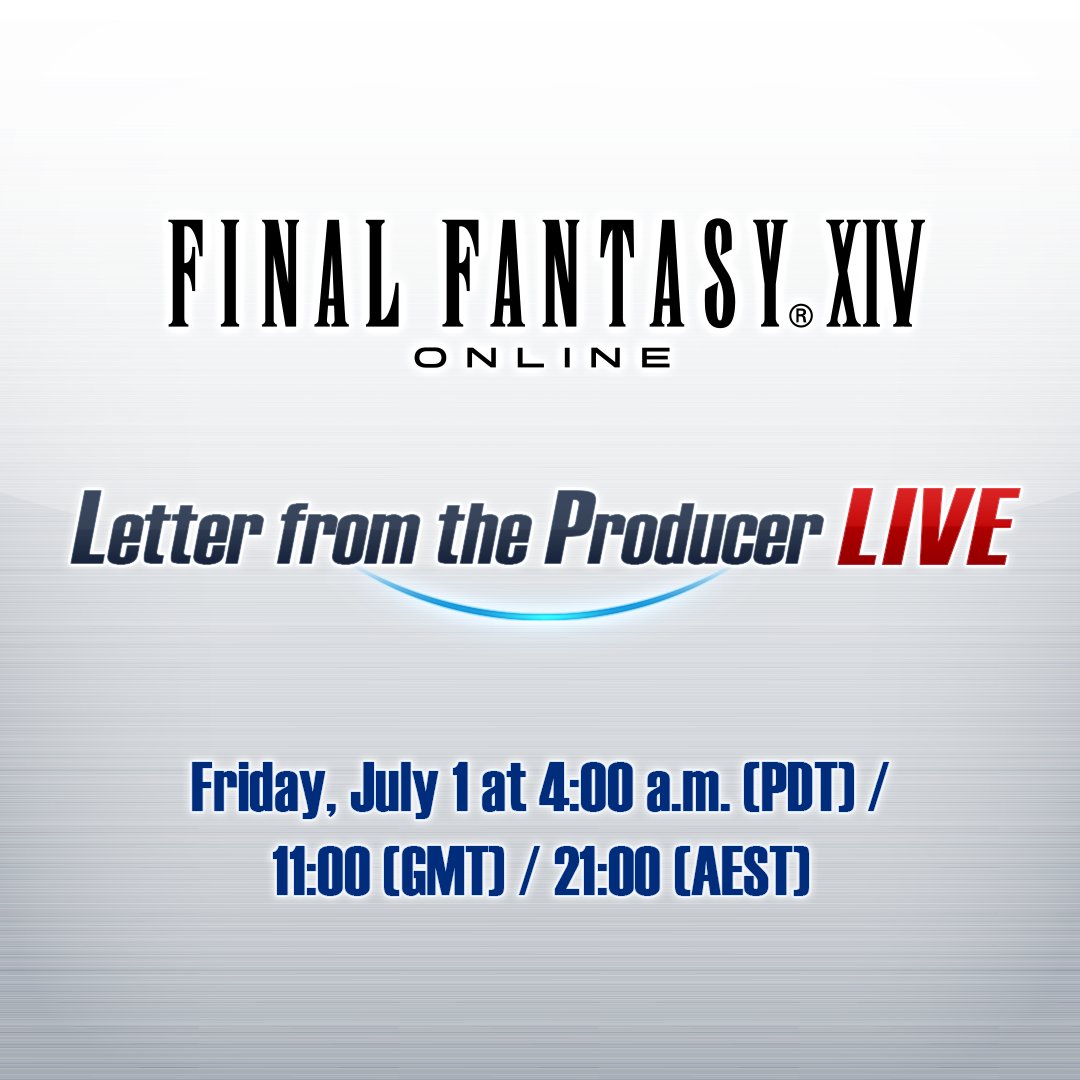