Chim wanted to hear about my last DM, but I didn't really want to derail the topic with a rant.

Gaming with a bad DM is like being in an abusive relationship for me. I want to leave the campaign, but I want to keep playing D&D, and I'm too lazy to find a new DM. It can get pretty disgustingly bad, but through it all, I'll do little more than fall asleep during sessions and complain about them afterwards. My last DM was awful. He was flaming-poo-on-the-doorstep awful. He played WoW.

I now ask two questions before joining a new campaign. Does the DM play WoW? Did he homebrew the campaign setting? My last DM homebrewed a campaign setting. Normally, I wouldn't mind that so much, except that when I say my DM 'homebrewed' a campaign setting, I mean he plagiarized Azeroth. There was an alliance, consisting of most of the PHB races. There was a horde of undead and drow. There was a great wyrm red dragon that lived in an active volcano that he would have called Molten Core, if I didn't threaten to pull his skull out through his nose and beat him with it. Okay, he's not creative.

Let's be honest for a moment. Blizzard doesn't know what an RPG is, or they'd stop calling their games RPGs. Their games don't give you a role to play; they give you a set of levels to grind. (If you disagree with me, just remember, I have the right to my opinion, and you're an idiot who shouldn't be allowed to speak.) My DM saw an experience point table, and pages of class features in the PHB and saw not a roleplaying game, but a level grind. When he got his grubby paws on the Epic Level Handbook, he even started painting D&D's experience system in shades of WoW. Twentieth-level characters, he suddenly started to consider pathetically low-level and would put his absolute best effort into seeing that they would reach level sixty in a matter of months. If he could grind a WoW character from level one to sixty in a few weeks, then we should be doing the same thing in D&D.

The problem with that is that you do that in WoW by attacking monsters that are of a substantially higher level than yourself. He equates D&D's CR with WoW's monster levels. That's fine, except that he never read the section of the DMG that describes the difference between CR and EL. Let me give you insight into his thought process when designing an encounter....

"Hmmm.... Party of four, at fifth level, really needs to level up a good two or three times next session. What should I start them off with? Half-dragon template is LA +3. Slap that on a fourth-level human fighter, and we're up to what? CR7? Yeah, I could throw three of them in as a warm-up."

Other fascinating encounters that he chose include the mummy lord (CR10) that we fought at level three, the young adult black dragon (CR 9) at the same level, the four ogres (one of which was a third-level barbarian, making EL 9) at level two, and at some point, there was a pirate ship full of wizards that my therapist says I should try to put out of my mind. How do we survive? On the one hand, sometimes we don't, and he gripes under his breath about how easily we should have handled the encounter. On the other hand, most of the time, he's got an NPC wandering around with the party that's about twice our level and has had nearly every rule in the book bent to put his power level more in line with his newest abomination of a WoW 'character'.

Surely, there must be some kind of redeeming quality lodged in this thing I've been calling a DM. If he can't build a world, and he doesn't understand the rules, then he must at least be able to write a great plot, so that he has some basis upon which to found his claims of being a qualified Dungeon Master, right? Ye gods, no! Most of his plotlines involve the party randomly meeting his NPC-to-join-the-party, and that NPC then drags us by the nose to other NPCs who send us on quests, which are really just jaunts out into level-grinding-land, where we kill monsters and find the first legendary item in a colossal string of fetch-and-carry quests designed to last until we've reached post-epic-wow-that-really-is-a-WoW-character status.

Apparently, that's where the real plot supposedly begins to enter the equation. He's only ever finished one campaign, though, and I was not in the party that finished it. Why? Well, I equated his campaigns to abusive relationships. I stick with them well after I should leave, but eventually, I do buck up, say, "Enough is enough," and leave. That's why I'm finally running my Planescape campaign. It's not so much because I like DMing more than playing, but because I presently don't trust anybody else to do the DM's job right.

Anyway, share your bad DM horror stories. I command it. 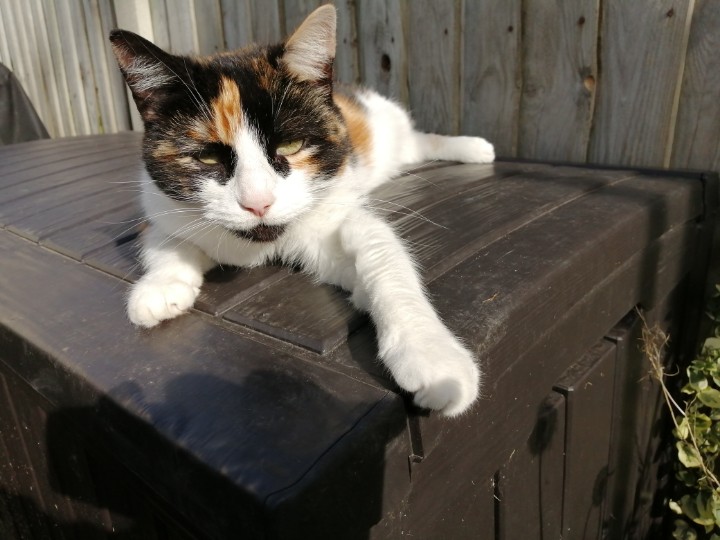 On the plus side though, I used to get so much anime watched whilst idling flagging for those parties... #FFXI #FFXI20th

I regret having no images or videos of the endless wipes in Valkurm Dunes after spending literally hours flagging for a party as a DRK. Endlessly frustrating, but rewarding. But not an experience I ever want to repeat haha #FFXI #FFXI20th