about the shattered star

What is and who are The Shattered Star?

Well we are a group of gamers, that's for sure. We are here to enjoy our time together online. However, there are more things we have in common besides being a gaming group.

Right off the bat, if anyone is wondering why we are "exiles" or "in exile", You should ask the members to shed light on that issue, preferably asking multiple sources, because everyone holds their own opinion and reasoning for our position. The only important thing to say is that we are exiles by choice, not because we were forced to be.

So what are we then? Put simply, we're a group of people that is based on the foundation of trust and respect for one another. We don't have ranks, numbers or positions to identify ourselves with, because we treat each other as mature adults with dignity, and contrary to popular belief, this statement does not clash with some of the specific text below.

All of this may sound a little corny, but that's essentially how things are.

As far as gaming goes, we do not perform any type of trial runs in "skill" examinations or investigations. Age is also not a factor in being one of our members. Everyone is able to join our group as long as they are able to behave themselves in a mature manner. That means there is no room for egos or attitudes, and they are usually not tolerated for an extended amount of time.

We are also big enthusiasts of sportsmanship. That means there is absolutely no room for any type of cheating (in reference to online gaming of course) or spying. While the information gathered from possible hostile groups would be useful, the act of espionage is in itself derisory, and therefore has no place with us. We have no use for such exploits, especially because they require tricking other people into believing a lie.

Purposefully taunting and insulting other individuals inside or outside of the STR is not something that is condoned as well. While it is true we are all human, and when tempers fly many things are said, it is an admirable attribute to be able to rise above all of it, and maintain integrity.

It should also be mentioned that we are an entity which sponsors moderation as well. The following is a brief outline of how the entire system functions:

The moderators we have are there to facilitate games going smoothly. From experience the STR moderators and long term members will tell you that for the vast majority of the games we play, it just isn't practical to have a self policing division. The moderators are taken from the membership, and the moderating position encompasses all of the members. Each member is given the opportunity to work for, and with their friends by taking the responsibility of moderating.

The real reason behind having a system of moderation is easy to grasp. We aren't perfect. We make mistakes in selection and people change, but every STR member who feels that their moderator is not being a "true STR moderator" can speak to other moderators or The Arbiter. Understand that moderators are there for practical reasons, not to be the dictator of their selective group. STR moderators should never really have to be anything more than an example and role model. There will only be moderation in cases where people aren't acting like we expect a member of the STR to act. I.e. Racism, Sexism, Homophobia and General intolerance. An STR member should have honor and integrity. They should feel free and equal. When you take the name of STR you take the responsibility that comes with it. Within the STR a moderator should never be forced to take responsibility for others. Moderate yourselves, and we won't have to.

Subsequently, the position of The Arbiter should be explained.

The Arbiter is chosen by the entire STR group (the entire membership count is offered the poll, from all of the games we play) through a vote. The Arbiter is sort of the guardian of the STR, ensuring things run in the intended way and the community works. This includes establishing a permanent home and domain registration (as well as working together with the technical administrators to keep the sites operational and useful), establishing appropriate discussion forums as required, and driving consensus throughout the community to avoid division and segregation of the overall community in order to facilitate people congregating and enjoying themselves.

That about wraps up the responsibilities that are distributed within our community.

The most important thing to know about our gaming habits as well is that we do not strive to be the best in the community. It is far more important to respect others and to be respected in return. We are not strangers to this, and have friendships with many other clans. Competition is not the most important thing, although it is welcome when it is conforming to the ideas written above.

We're a good group. We have been, for quite a long time. Please take the time and chance to get to know us.

PLEASE EDUCATE YOURSELF ON WHY THE RIOTS IN MINNEAPOLIS STARTED

Trump asked the black community “what do you have to lose?” in voting for him. Turns out, your life.

This is a big deal. Another Sage member, the highly respected director of the Wellcome Trust also openly disagreeing with decision to lift lockdown. Trace & trace must be ‘fully working’. Infection rates lower. *And trusted*

Join us Thursday 4th June at 9pm BST for a look at the future of gaming on PlayStation 5: play.st/2ZLkT8J #PS5 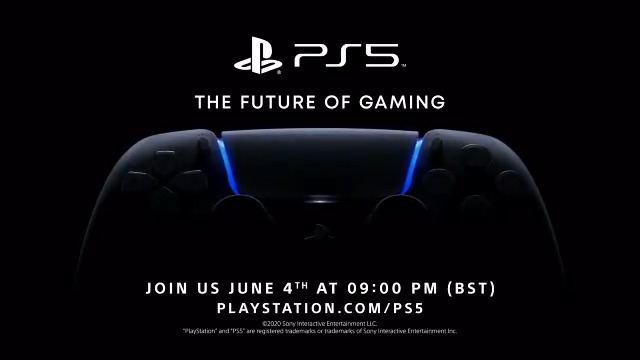 It's here! That thing you've all been waiting for without knowing it! Springtrap in Randomness Episode 3! #fnaf #animation #sfm #SourceFilmmaker youtube.com/watch?v=84-V8_…