My little pad in Shirogane!

My little pad in Shirogane!

Those of you who played NC will probably remember my interior decorating habits back in our clan apartment so when I heard FFXIV had an even deeper housing system it was only a matter of time before it came calling!
I've always been quite fond of the Lavender Beds (and that was initially what I had my eyes on) but when I later learned of Shirogane I decided to hold off on any housing purchases until I'd seen it in person - previously coming across a picture of Kugane (long before I unlocked it) during my Google travels and absolutely loving the Eastern look I had a feeling Shirogane would be the one. 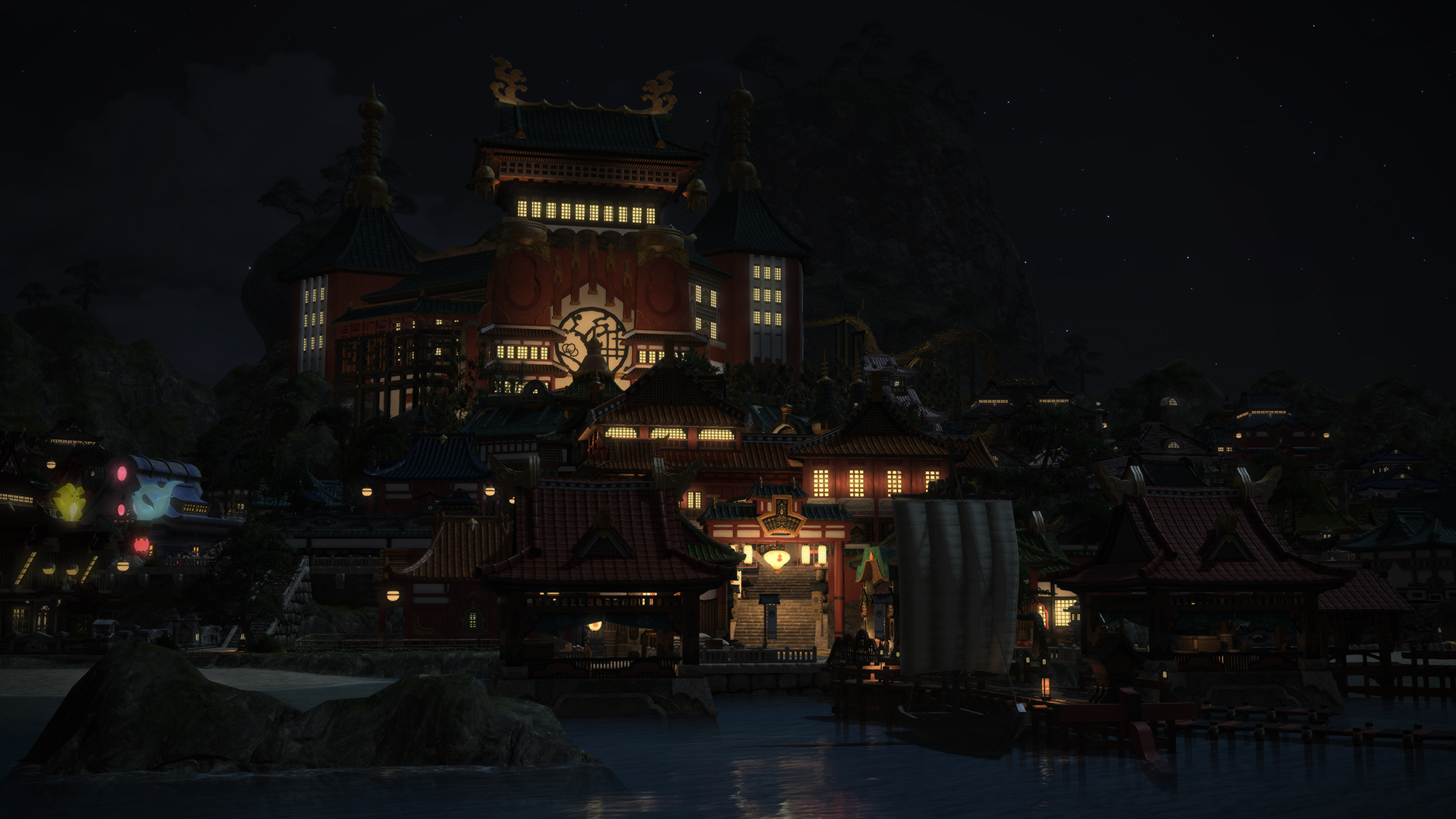 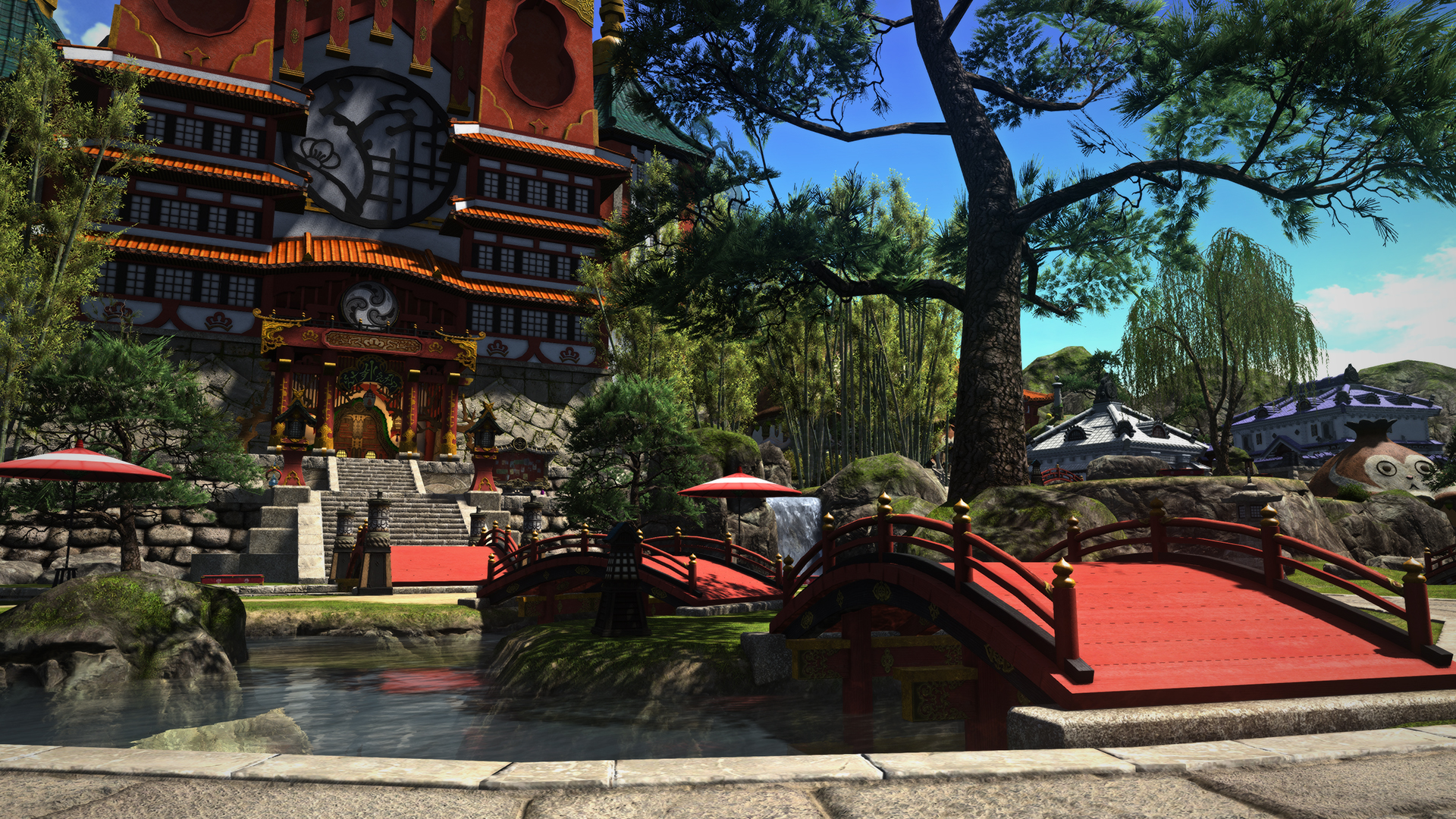 I did originally start off with an apartment (big building in the second pic above) but I soon realised I wanted something bigger with a garden and so ended up buying a small plot a few days later lol. I've been having to decorate it in stages as it can become very expensive, very quickly but I'm quite happy with what I've managed to do with it so far, even gave Anny a tour of it this evening! (though I've added a bit more to it since then ^^) 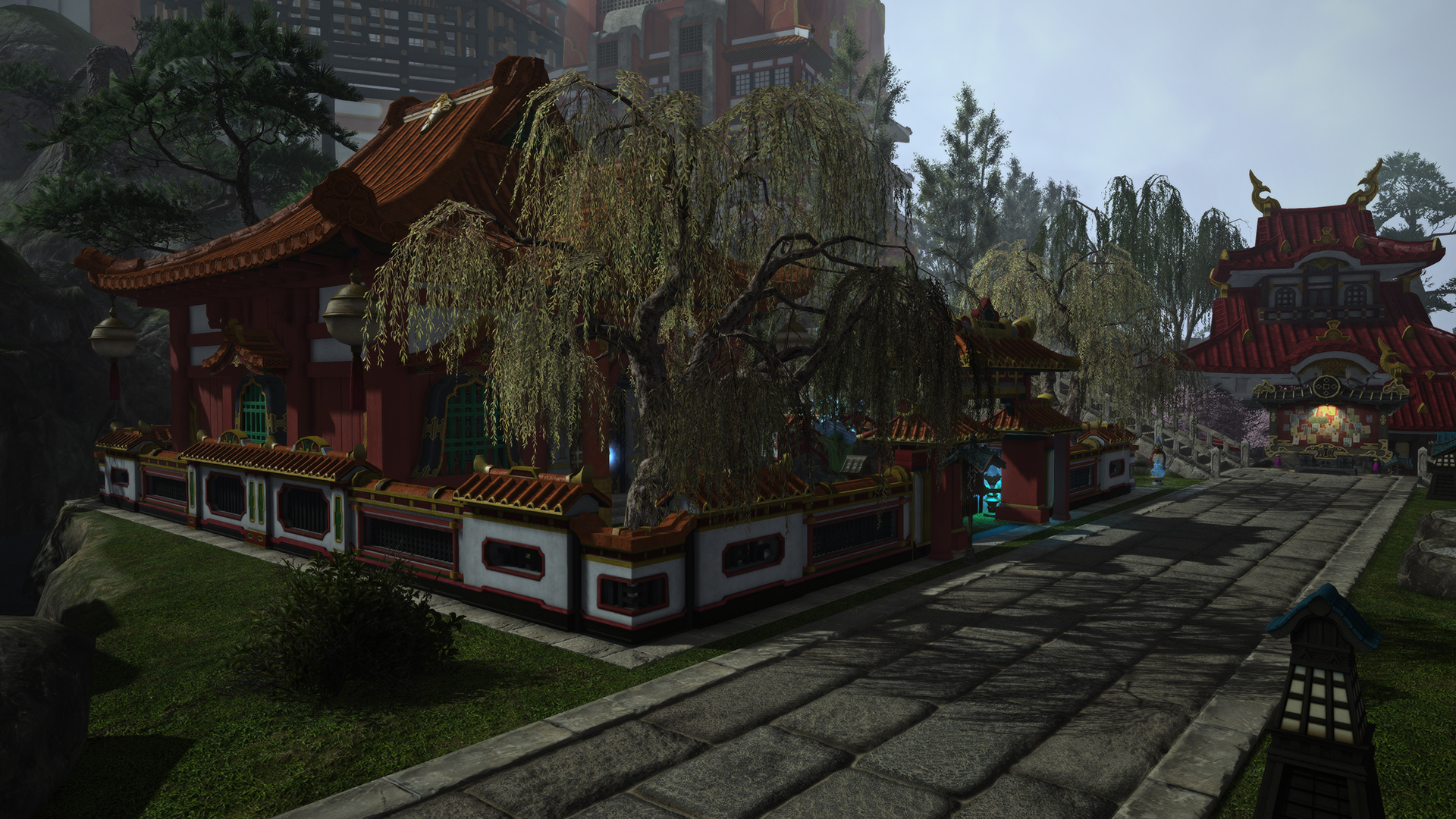 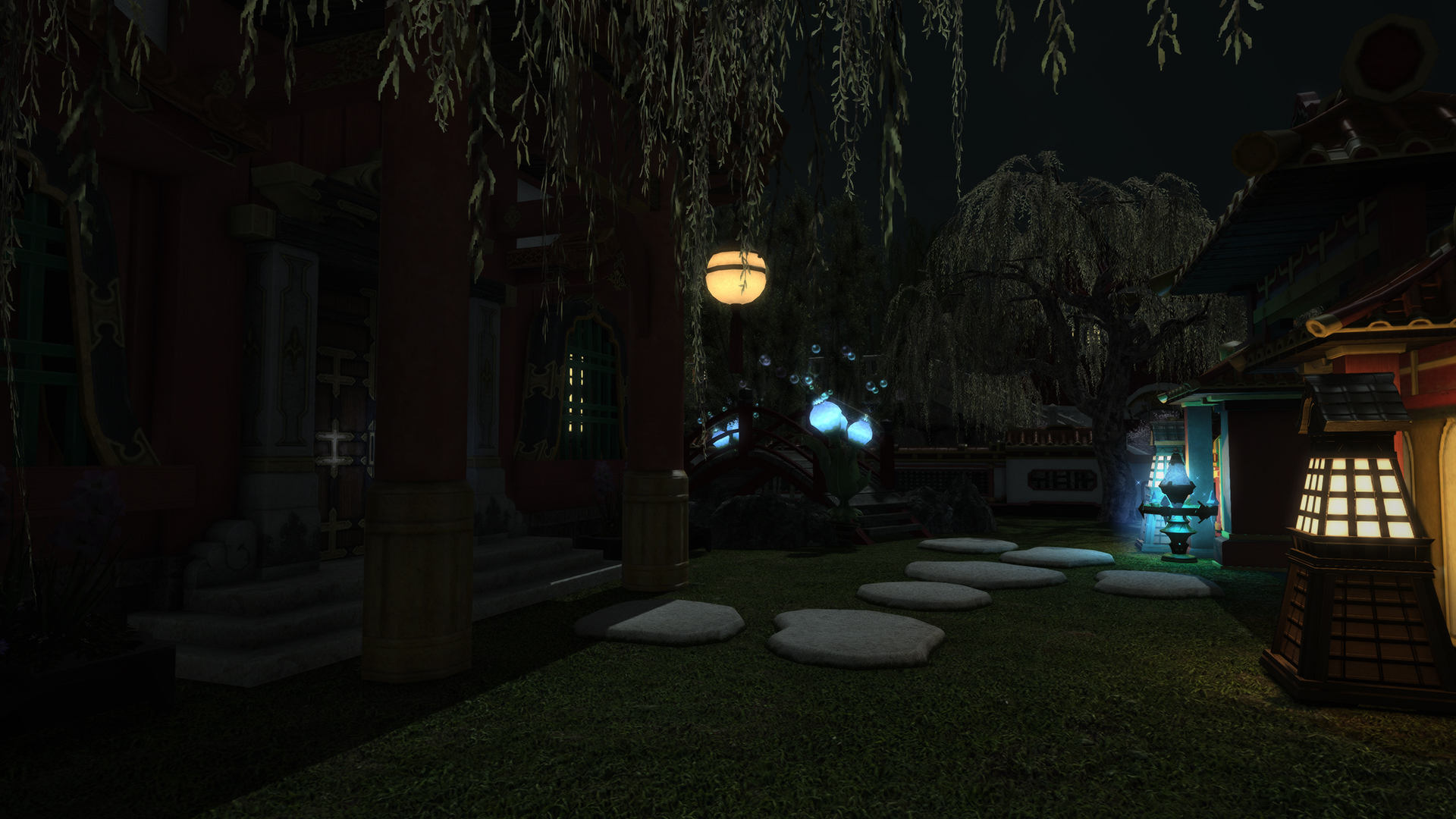 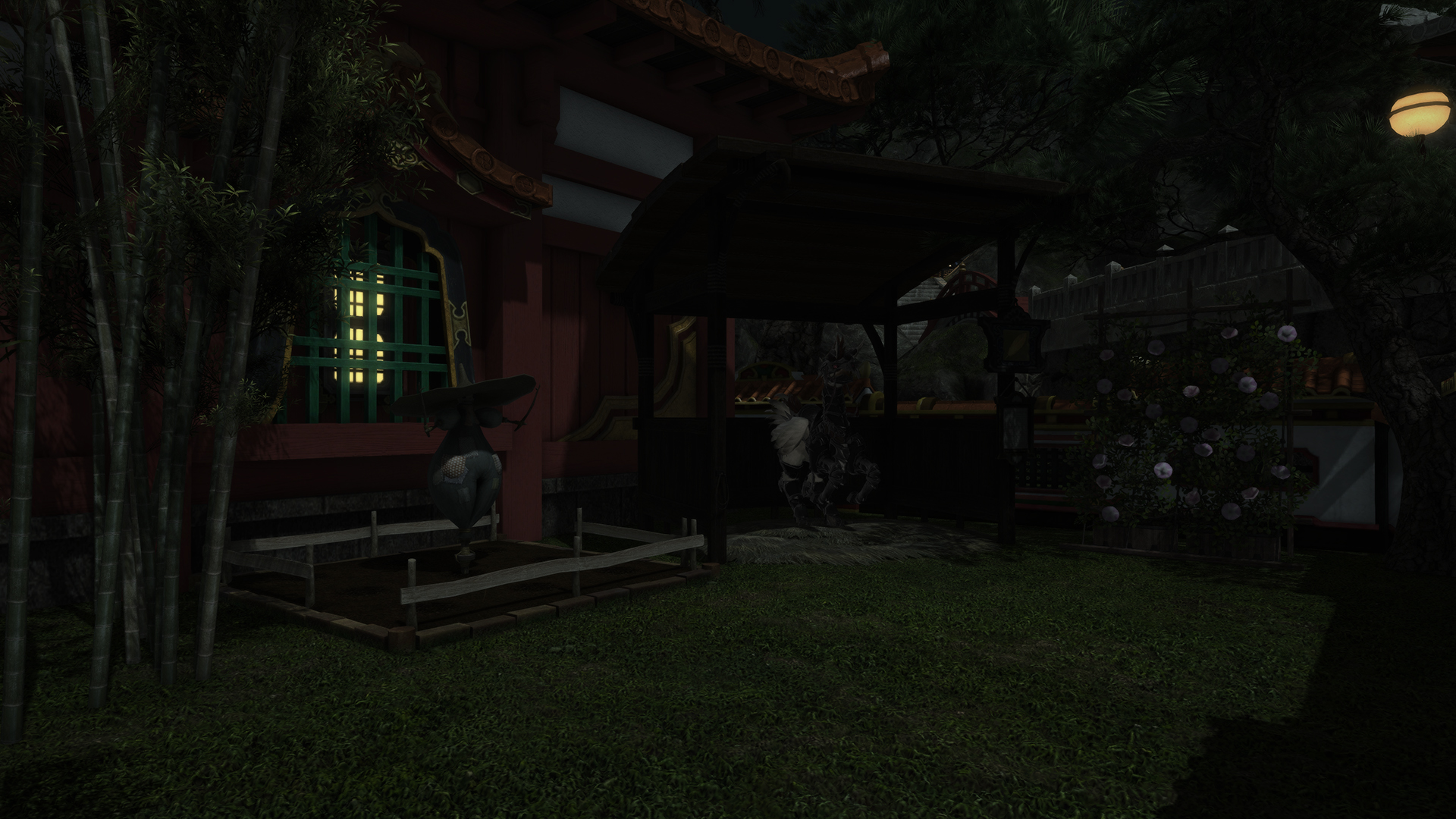 Garden is finished but ultimately want to swap at least one of those trees for a cherry blossom. Not gonna happen anytime soon though since they go for 15-20m (more than the bloody house cost me lol) and after financing everything I've done so far I'm down to about 300k haha. One day, I hope! [Edit: Just realized that they're available on the Mogstation!] Got a chocobo stable though (he's white now!), a deluxe garden patch for when I decide to check that system out (small houses can have 1 patch, medium 2 and large 3) and the house is situated right next to a marketboard as well which has been very handy! 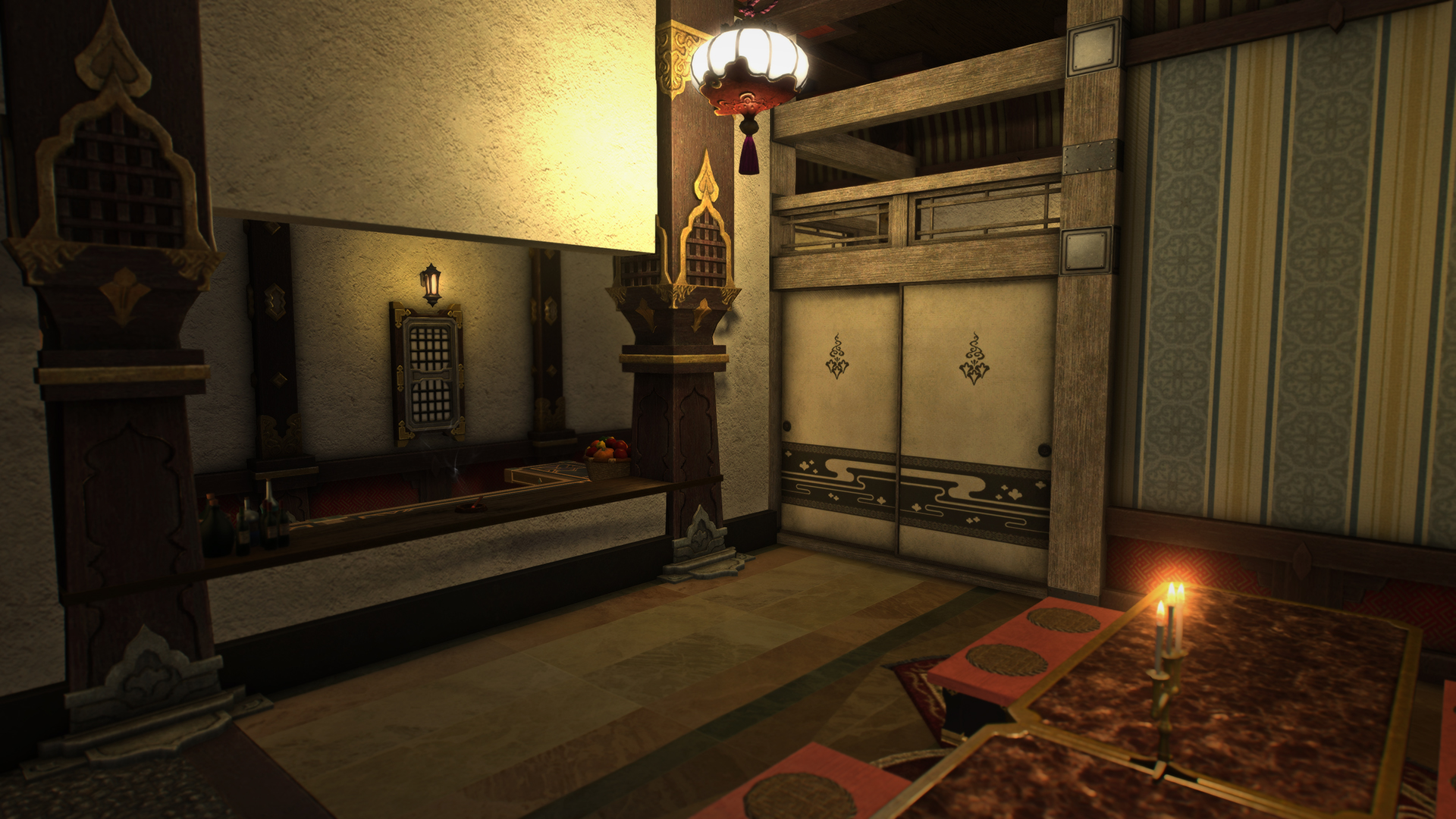 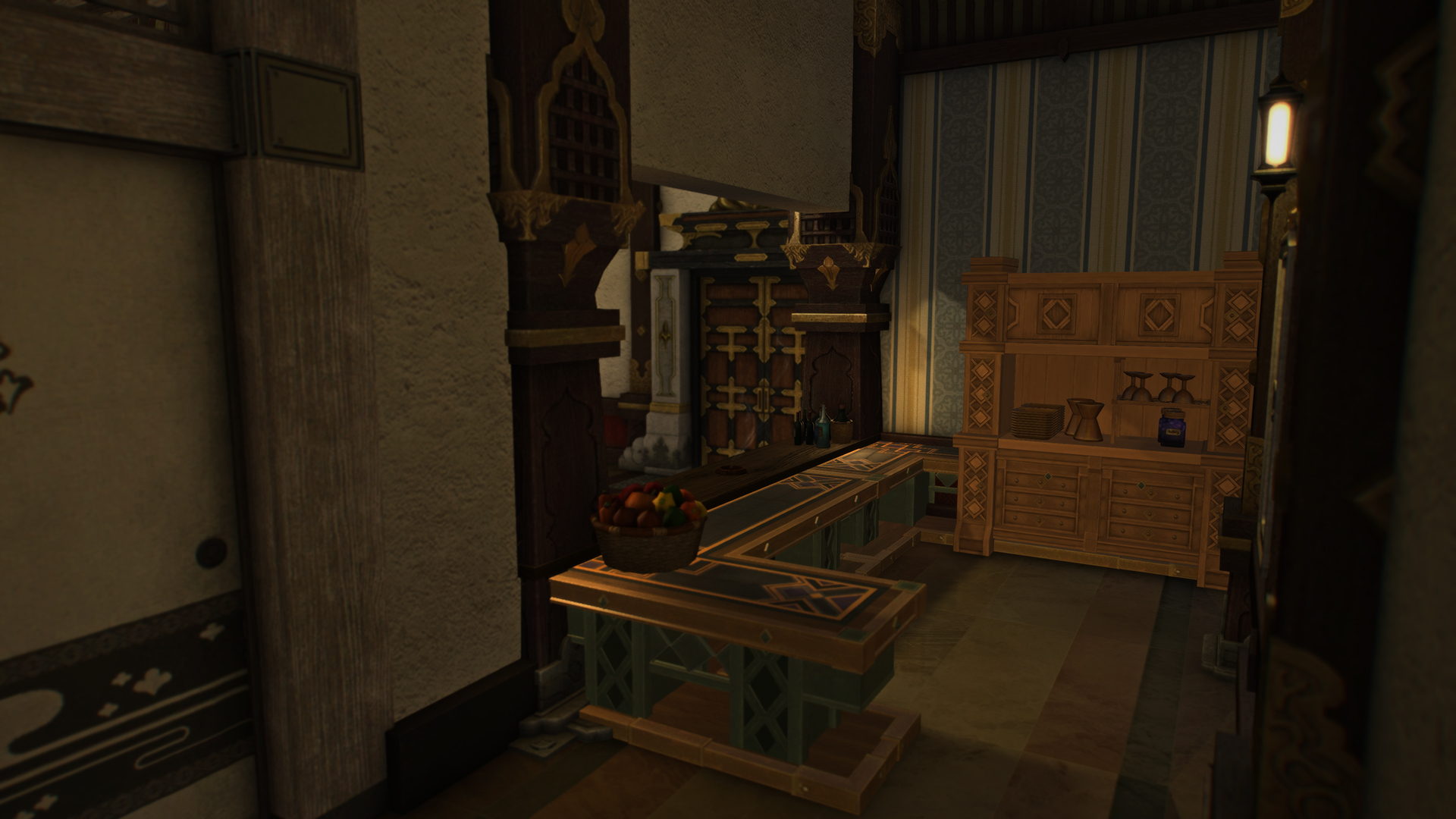 Kitchen/Dining. Just done this tonight so Anny's yet to see this bit! It was literally just a square room (as it starts off as) with a table in the middle of it when I gave my tour heh. 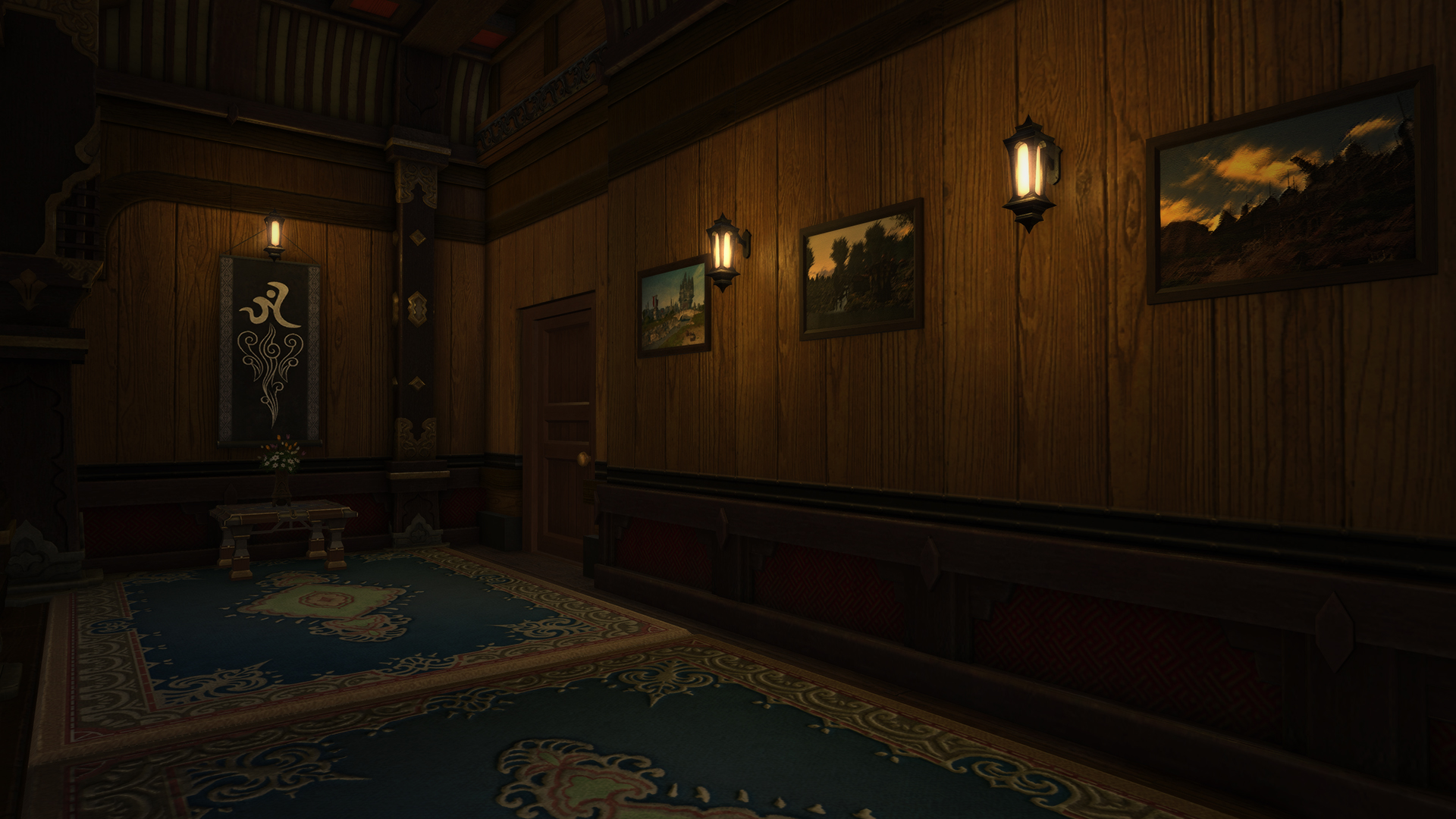 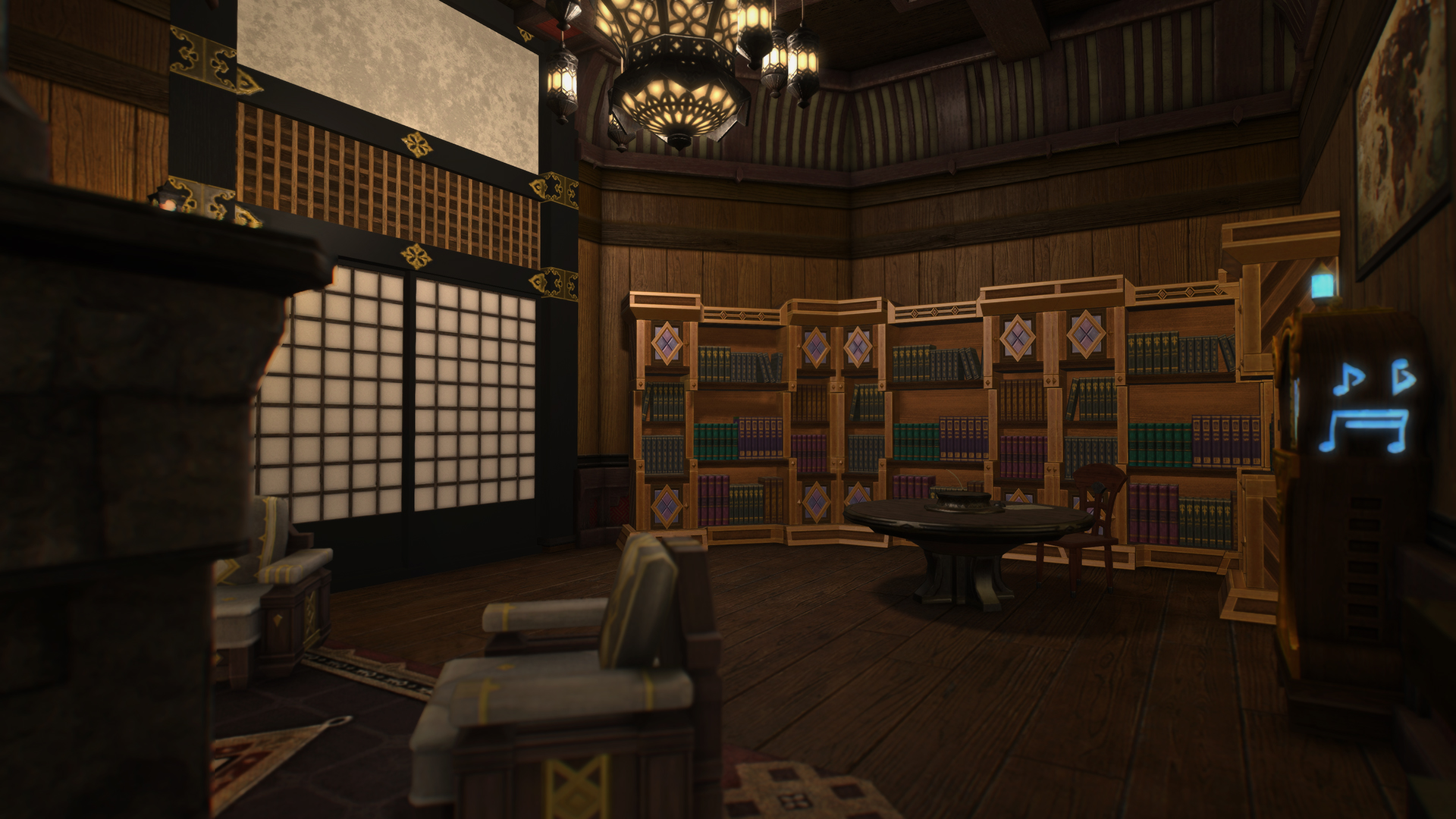 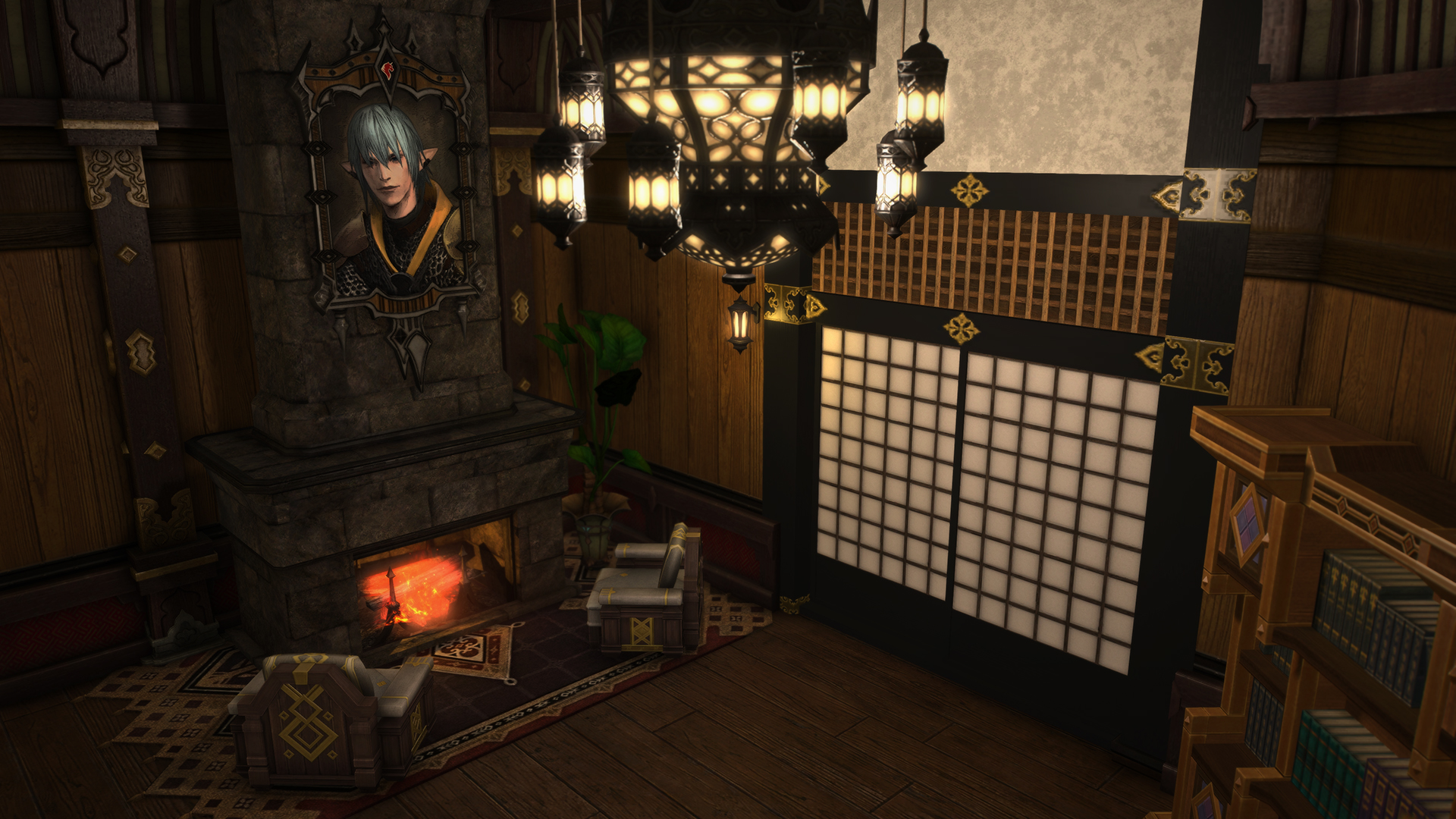 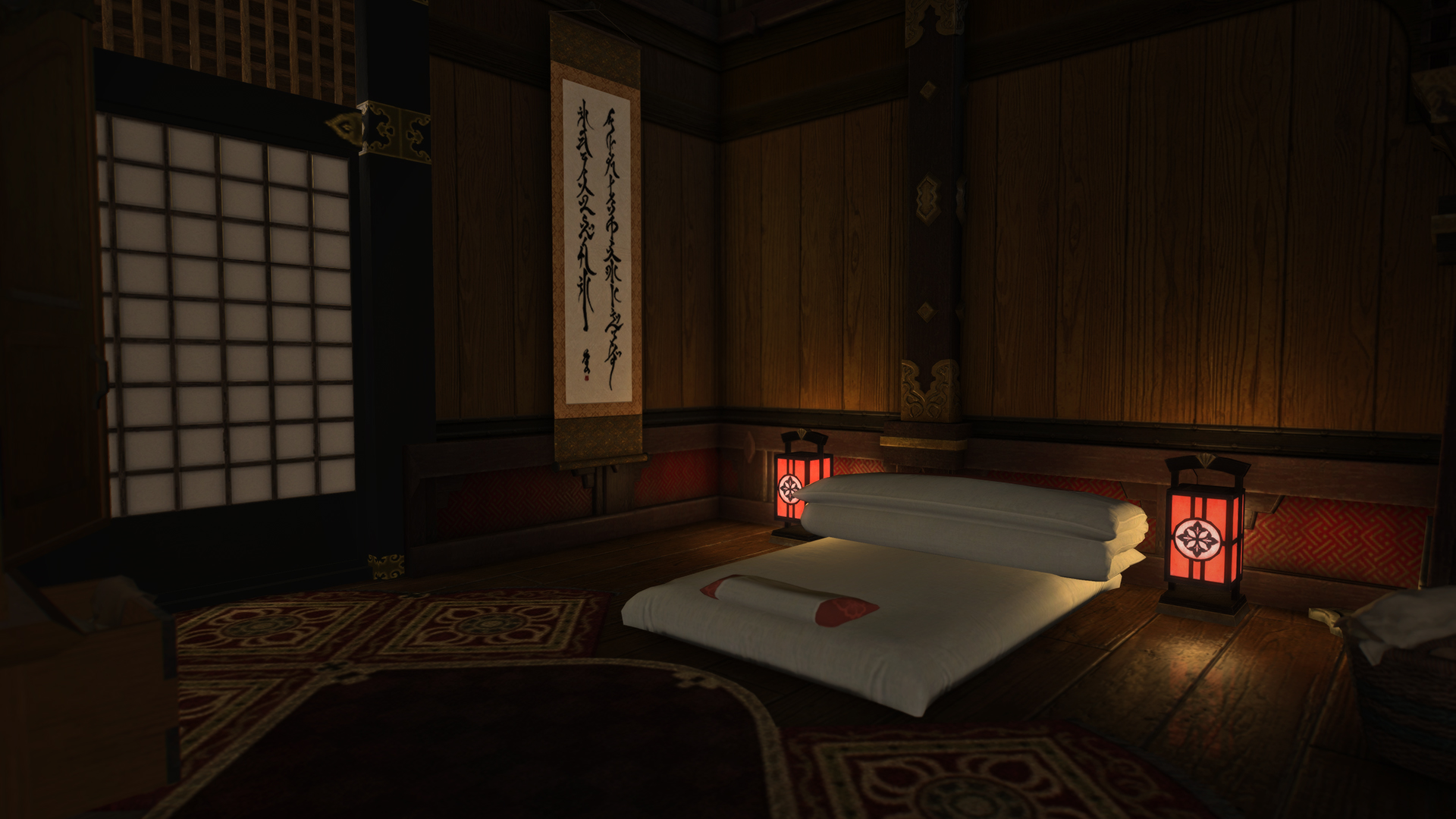 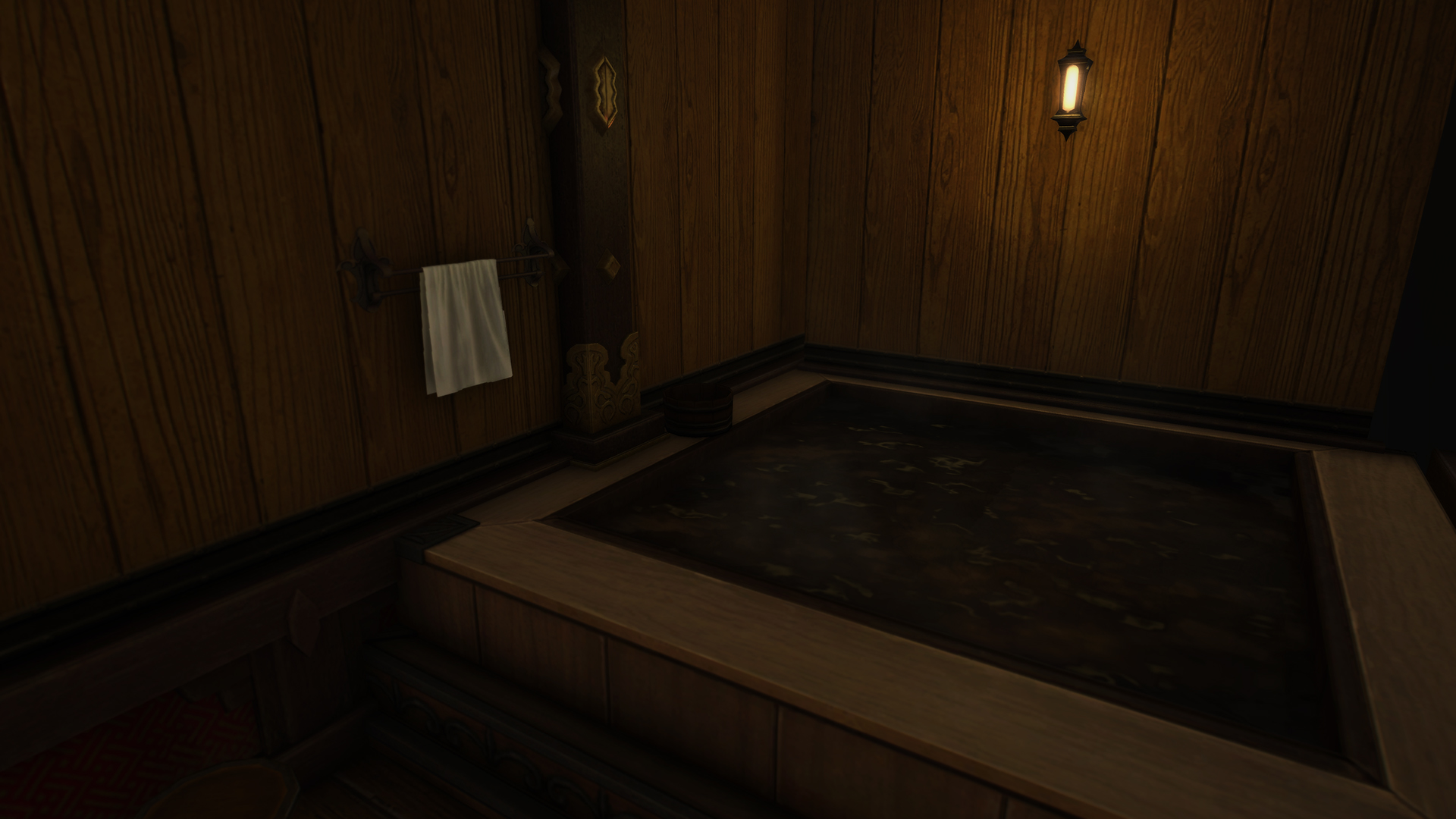 
Still more I wanna do with it (aside from the cherry tree(s) - Add a few more imitation square windows (I have one in the hallway downstairs which is on the left, not visible in that picture but they're about 80-100k each) as these add some cool lighting during the day, merge a shower stand into my bathtub (got this idea from Anny's FC house hehe), add some more indoor plants, see if I can fit a stove (steppe kitchen) into my kitchen area and add some kitchen hangers too. Also get some more Orchestrion Rolls too as I've not got many atm... Few things in mind anyway but I need to make some gil back first lol

"My name is Ozymandias, King of Kings:
Look on my works, ye mighty, and despair!"
Nothing beside remains. Round the decay
Of that colossal wreck, boundless and bare,
The lone and level sands stretch far away.
^

Re: My little pad in Shirogane!

It's so pretty dude - you've done an amazing job as always! Knew you'd be all over the housing system as soon as you started playing haha!

Those prices beggar belief though. Like I said, glamours and housing is the TRUE endgame

"Perhaps this is what I have always wished for since that day. The loss and destruction of all. That's right, one must destroy before creating. In that case, if my conscience becomes a hindrance to me, then I will simply erase it. I have no other choice but to move forward....therefore!" - Lelouch vi Britannia/Zero, Code Geass: Hangyaku no Lelouch

Forever an eXile and proud of it!
^

Re: My little pad in Shirogane!

Cheers bud! It's nice for a game to have big time/money investments like FFXIV's housing rather than just your typical raiding scene which you come to expect from the genre. It's gonna take me a good while to get back some of that gil spent though before I can do some more haha

"My name is Ozymandias, King of Kings:
Look on my works, ye mighty, and despair!"
Nothing beside remains. Round the decay
Of that colossal wreck, boundless and bare,
The lone and level sands stretch far away.
^
Post Reply
Topic tools
3 posts • Page 1 of 1